Who are the Knights? 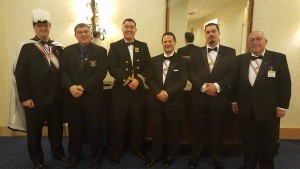 The Knights of Columbus is the world’s largest Catholic family fraternal service organization with 1.7 million members. It provides members and their families with volunteer opportunities in service to the Catholic Church, their communities, families and young people.

Charity is the first principle of the Order. As St. James reminds us, “faith without works is dead.” Unity is the second principle. In unity there is strength and today the Order uses that strength to speak out for religiously-grounded moral values in a culture that has forsaken them. Fraternity is the third principle. Patriotism is the principle of the Fourth Degree. Today Fourth Degree Knights in full regalia, the visible arm of the Order, serve to witness to the values of devotion to God and country, the bedrock of patriotism.

The Knights of Columbus is very much a grassroots organization. Local councils develop the programs they believe will best serve the needs of their communities. Vocations support is a major Knights of Columbus effort at all levels of the order. Strengthening family life is another major aim of the Order. The Order is also known as one of the world’s strongest proponents of the sanctity of human life from conception until natural death. 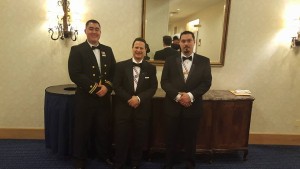 Applications are available from any member of the Knights of Columbus. Prospective members can also contact Membership Director Darek Kitlinski at djkitlinski@icloud.com.

Cathedral Council activities include a monthly pot luck dinner, a monthly pancake breakfast, and numerous service opportunities within the church and community.